1861 - The Bellambi and Bulli Coal Company was incorporated in 1861. Coal was shipped by them to Ballarat in 1862. The colliery area was 600 acres, owned by Dr. O’Brien and Messrs. Black and Somerville. It appears that the coal was shipped at Bellambi as it was proposed to construct a railway to this location. (SMH Thurs 21st Nov 1861)

1863 – June 2nd, a standard gauge, double tracked tramway is officially opened from mine to jetty. Initially gravity operated to the jetty and horse drawn returned up the incline. The original jetty was 680’ (207m) long, poorly protected from the weather, carrying dual track to the end where the skips were upended into the waiting colliers. (Eardley, G. c. 1968, “Transporting the Black Diamond, Book 2”)

1863 - Bulli Coal Company commenced operations on June 22nd 1863, loading the first shipment of 790 tons of coal onto the “Ironside” bound for Shanghai, China. The “Merrie England” sailed on the 21st August carrying 1150 – 1200 tons from Bulli Point jetty. The jetty was designed by William Weaver.

1863 - The company’s new steam collier, “Woniora”, leaves England on 25th May 1863 with an estimated arrival time in September.

1867 – May, saw the first major step in mine mechanisation when a steam loco was commissioned to haul coal wagons the 2.5 km from the mine to the jetty, replacing the horses and bullocks. This first loco was a four coupled tank built by Vale and Lucy, Sydney. (Eardley, Gifford. c.1968)

1869 - The colliery is owned by the Bulli Coal Company and William Adams the principal shareholder. A second loco is obtained from Vale and Lucy, arriving at the colliery in January. (Eardley, Gifford. c.1968)

Just after the turn of that decade production had reached 35,000 tons per year. The mine was capable of producing up to 600 tons per day, employed 80 men and used horses to haul the 4 ton “tubs” to the surface.

1876 - By 1876 the driveages extended about 1500 m in a NW and SW direction from the portal. The “Collieries Regulation Act” was introduced on June 1st of this year.

1878 – August, a new pit is opened north of the original and connected by a separate incline to the railway at the foot of the hill. This pit lasted 25 years until replaced by the “B” pit further north from which the coal was hauled to the railway by road. (Bayley, 1961 “Black Diamonds”)

1878 – August, a second mine known as the “B” Pit was established on the hillside to the north of the Old Bulli workings, closing after about seven years. (WCC Library)

Corn Beef Colliery, a small mine is located about 100 m south of the “B” pit tunnel and connected to the upper level of the “B” it incline by skipway. . (Eardley, Gifford. c.1968)

The incline was abandoned and a landslide eventually sealed the old tunnel entrance. (Bayley, 1961 “Black Diamonds”)

1879 – A third loco, nick named “Katie” built in 1879 by Robert Stevenson, Newcastle on Tyne, maker’s number 2360, arrived. Weighing some 14 tons and more powerful than the Vale and Lucy engines, “Kate” saw little use except as a standby, as her weight tended to spread the lightly constructed tracks. (Eardley, Gifford. c.1968)

1882 - The Balgownie seam is opened at a point immediately west of the original mine. This was 4’ thick and of good quality.

The 1880’s were punctuated by industrial disputes. Unionism had expanded throughout the colony and it’s assimilation into the coal industry was a stormy one.

The 1886 local mineworkers amalgamated with those from the Hunter district and together they began the push for an eight hour day and a number of less significant claims. Because settlement of these claims was a drawn out affair, financial hardship compelled the workers to move out of company owned homes into tents and a lifestyle at poverty level.

In January 1887 the mine management decided to recruit non-union or “free” labour from Sydney. As this body of men was transported from the jetty to the mine site, their journey was halted by an irate group of family members of the striking mineworkers whose emotional pleas eventually convinced them to return to Sydney.

Not long after this confrontation with the “blacklegs” from Sydney, the strike collapsed, the men agreeing reluctantly to return to work under a new set of conditions. 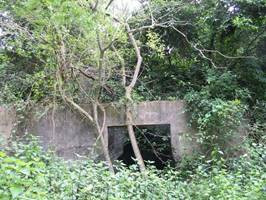 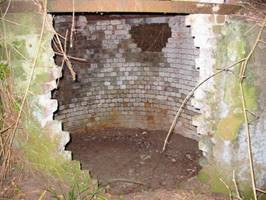 1887 – January, mine management decides to recruit non-union or “free” labour from Sydney. As this body of men was transported from the jetty to the mine-site, their journey was halted by an irate group of family members of the striking mineworkers whose emotional pleas eventually convinced them to return to Sydney. Not long after this confrontation with the “blacklegs” the strike collapsed the men agreeing to return to work.

1887 – Bulli Explosion - Multiple Fatalities (81) - On Wednesday, March 23rd, the fortunes of these men turned to tragedy when a methane gas explosion ripped through the mine at 2.30 pm, killing 81 men and boys. Relief funds that were established raised 40,000 pounds for the surviving members of the miners’ families.

There was only one survivor of that fateful explosion. A boy named Herbert Cope who together with an array of debris and pit props was blown, unconscious, out of the tunnel mouth by the force of the explosion. He went on to live to the age of 84 and died in Hurstville in 1952.

1889 – The colliery is owned by Bulli Coal Co. with William Adams a principle share holder.

1890 - Naked lamps are again introduced at which time many men leave the mine.

1891 - 11th February, the abandoned “B” Pit was reopened by the Bulli Pass Coal and Coke Co. Ltd. of Messrs. Williams and Garlick, renamed the “Bulli Pass Colliery”. (DoMAR 1891)

1894 – November, Bulli Pass Coal and Coke Co mine closes due to friction between this company and the Bulli Coal Mining Co over transportation arrangements. (Eardley, G. c. 1968, “Transporting the Black Diamond, Book 2”)

1899 – Fatality; John Stewart, 62, a miner, is run over by a set of tubs underground. Some 230 men are now working at the mine. The mine is currently owned by George Adams, managed by John Johnston with Charles Hope as undermanager. (DoMAR 1899)

1902 – 4th July, Mr. W. T. Philpot notifies DoM that Bulli Pass Colliery would be abandoned from the 5th July. There were 29 men employed at this mine which was furnace ventilated. (DoMAR 1902)

1906 – 6th Aug, - “With the opening of No. 3 Tunnel for the Bulli mine about 200 hands will be employed at Bulli. Hands are at present relaying the road etc. in No. 3 Tunnel about ¾ mile north of the old Bulli tunnel, preparatory to starting work in about a fortnight’s time. This will mean the employment of about 12 hands to obtain the cindered or smokeless coal.” (SMH 6/8/1906)

1907 – April, gales sweep away the greater part of the Bulli coal jetty, including several loaded wagons placed on the jetty to stabilise it. (Eardley, G. c. 1968, “Transporting the Black Diamond, Book 2”)

Bulli #4 Colliery; 6 u/g and 4 at the surface, owner listed as John Spinks (lessee), Manager, Albert Carvill. Notice of the sinking of an air shaft is received by the DoM.

Blackball Colliery is declared temporarily idle by A. Pernell. (DoMAR 1911)

Circa1912, the Bulli Colliery was operated by the Bulli Coal Co. Ltd. and controlled by a Mr. Geo. Adams. The main surface buildings were located at Old Bulli with two mine entries. Approximately 1 mile north, was another tunnel known as Bulli No 3. While Old Bulli utilised rope haulage, No.3 brought its skips to the surface by horses. Both mines were served by self-acting inclines to the top of coal hoppers from which the coal was then loaded into rail trucks for transport by locomotives to the Bulli Jetty or the main South coast line. (Danvers Power 1912)

A battery of 39 coke ovens was associated with this mine at this time. (Danvers Power 1912)

1913 – Preparations are being made for the installation of a large, electrically driven, fan in the underground workings of the Western District. (DoMAR 1913, p166)

1914 – Advertisements for Miners and Wheelers for Bulli Colliery are repeated during April through to August, signed by Mr. Broadhead, Bulli Mine Manager. (SMH adverts)

63” diam. fan, installed near the top of the old furnace shaft. Appears to have considerably increased the quality (cooler) but not the quantity of the air flow. (DoMAR 1916, p164) 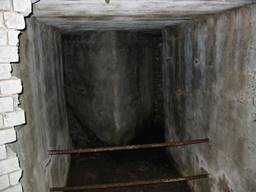 Remains of fan installation? on top of the Bulli Furnace Shaft (BS 2004)

1917 – Following a refusal to comply with the Inspector Hindmarsh’s request to cease using electric coal-cutters in the Bulli seam, by the mine manager, Mr. James Barnes, he was referred to arbitration. On 14th May, his Honor Judge Fitzhardinge, awarded that, the use of the electric coal-cutters is dangerous and as such should cease. Their use was thereupon discontinued. A. K. Broadhead listed as Manager (incl. Bulli #3) with A. Davidson as u/manager. 180 employed u/g with 46 at the surface. (DoMAR 1917)

1920 – Bulli employs 232 men u/g, 101 at the surface. Blackball Colliery is restarted as Central Bulli then discontinued.

1926 – An overwind occurred on May 19th while water was being raised by means of a water-box placed inside the cage. The cage was taken up into the headgear, the rope breaking and the cage falling to pit bottom. No one was injured. (DoMAR 1926)

1936 – Bulli Colliery & Coke Works is liquidated and is purchased by Australian Iron and Steel Ltd from the liquidators. A.I &S continues in the old workings using contract labour.

1944 – April 17th, work commences on the driving of a cross measures drift through the escarpment, 3.6 km in length at a grade of 1 in 139 to intersect the coal seam, using battery locos.

1954 – The abandoned formation between the former level crossing and the jetty is largely removed for its coal content. (Eardley, G. c. 1968, “Transporting the Black Diamond, Book 2”)

1955 - Modernisation of the machinery at Bulli took place in 1955 with the replacement of the Jeffrey type rail mounted cutters and loaders with continuous miners.

Sunk by R. Cram commencing in 1963 and commissioned in 1965. 4.72m finished diameter, concrete lined with a depth of 307m to the Bulli seam floor. Entering the Bulli seam on a 4 way intersection, the shaft had a bell of some 7m high and 6.7m in diameter. (BHP Illawarra Coal Records)

An axial flow fan was installed at the collar of No. 3 shaft but doubts are as to the fan ever being used.

1965 – Fire - Multiple Fatalities (4) - November 9th, at about 9.15 am, an ignition and fire occurred in the Right District as a result of which four (4) men lost their lives and one man was burnt around the face and hands as he escaped through the fire zone.

1968 – 8th May, The starting procedure for the ex PK2 fan now on Bulli No. 3 Shaft is documented by Mike Southward Jones. (BHP Documentation)

1975 – The Wongawilli pillar extraction system still in use. Shortwall No.1 commenced.

1983 – May, A booster fan is installed u/g to facilitate ventilation in new areas. (Bollard, J.)

Commenced in early 1985, this 6.00m diameter shaft, that was to serve as a downcast shaft but sinking was aborted after only 18 metres upon the announcement that Bulli Colliery was to cease mining in that area.

1985 – 31st May, No 4 Shaft pre-sink is complete and in process of erecting the sinking headframe.

The shaft was backfilled with only a partially completed switchyard and several power poles remaining. (BHP Illawarra Records)

1987– 15th May, Bulli Colliery ceases production at midday and closes after 124 yrs. of operation

1987 – 26th May, the Joint Coal Board formally consents to the Bulli Mine closure.

1988 – 26th Mar, Approval, after having inspected, to pour concrete to seal Bulli Colliery Nos. 1, 2, 3 and the furnace shafts issued by the Dept. of Mineral Resources.

2002 – Decommissioning works are undertaken on the Bulli Emergency Water Supply Dam. A request to remove the dam from the prescribed status register is lodged with the Dam Safety Committee.

2011 – Rehabilitation of Bulli No. 4 Shaft site by Illawarra Coal.

In the last 45 years there have been approx. 2,900 job starts at the mine, an average of 64 per year (includes those who left and recommenced at a later date).

Compiled from an article by Mervin Epps (Mine Surveyor) from research by J. Bullard (ex Bulli Maintenance Clerk), 13/05/1987.