1946 – AIS purchases Mt Kembla mine along with its private rail-line to Port Kembla.

1946 - Operations commenced on the 4th November 1946 in the Wongawilli seam. Mechanised from the outset with track mounted Jeffrey 29C coal cutters and L400 loaders, loading directly into 10 ton mine cars.

1946 – The original ventilation is by a small temporary fan to the north of the original portal being replaced by the “existing” [2001] fan structure. Fan motor house, fan and concrete ventilation drift connected to the main tunnels. (Rogers, B. 2001 Nebo Colliery - an Archival Record) 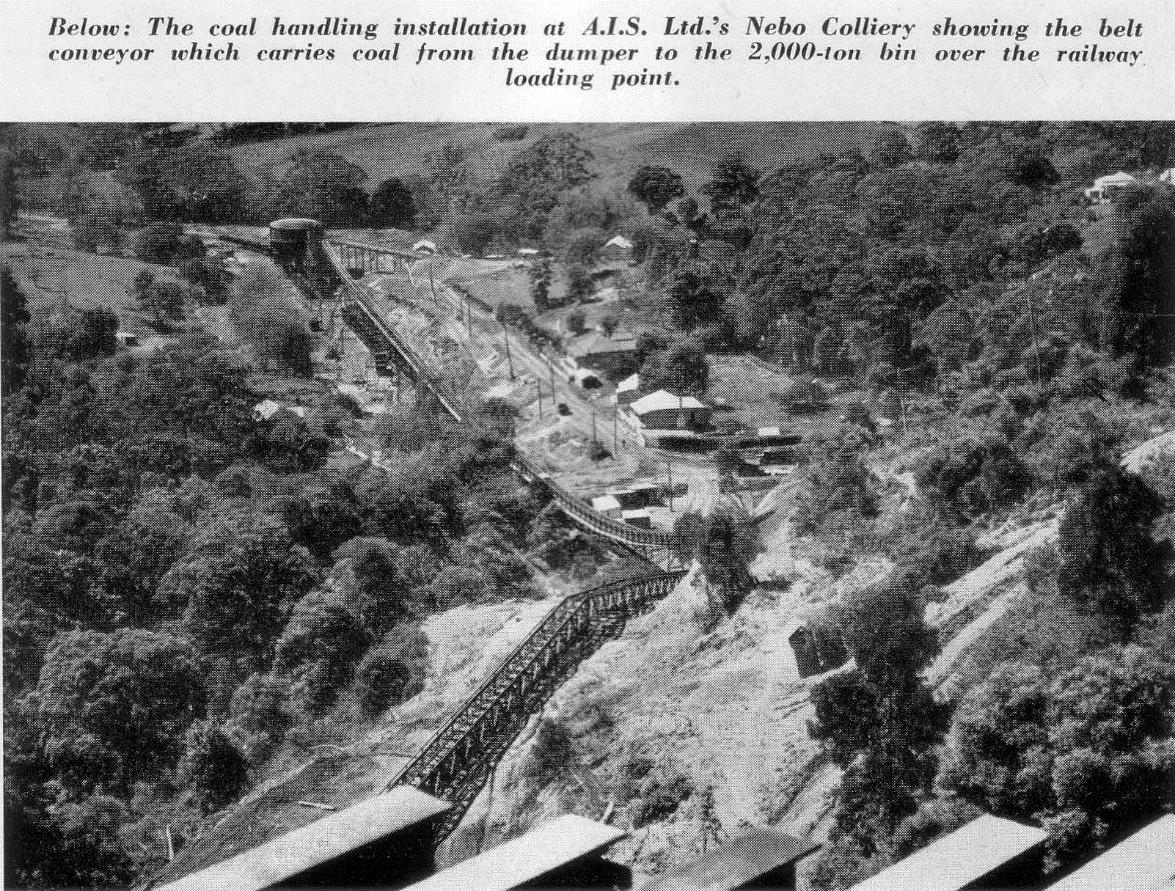 1953 – August, a proposal to connect the Nebo #3 Seam workings with the old Mt Kembla furnace shaft close to Cordeaux Road is floated. (Rogers, B.)

1954 – January, the proposal to connect with the Mt Kembla furnace shaft is abandoned as the old Mt Kembla mine workings are considered to be a contributing factor in the Nebo #3 Seam roof instability problem. (Rogers, B.) 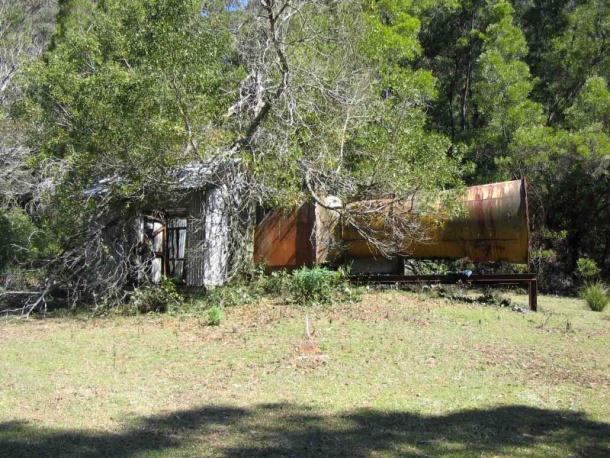 1961 – No. 3 Shaft equipped with fans and operates as an u/cast ventilation shaft. Arched roof supports are in use at the face of the main development headings. One heading is approx. 250 yards towards a pre sunk shaft. (DoMAR 1961)

1962 – Work commences on a cross measures drift and staple shaft for u/g coal storage. One of the 2 mine fans installed on the Calyx Shafts Nos. 1 and 2 is shifted to Nebo No. 3 Shaft at end of the year. (DoMAR 1962)

1963 – A short drift and staple shaft are completed. Re-organisation of the haulage system is nearly complete following the installation of 1 ¼ miles of c/v belt in the new development headings. (DoMAR 1963)

1971 – A new control cabin is commissioned at the surface replacing the original underground cabin. Fast diesel man-cars are introduced.

1976 – Introduction of a shortwall system however adverse geological conditions saw it withdrawn from service after 4 months and 23,180 tons of coal.

1982 – The wastewater and sewage treatment plant is brought into operation.

1992 – 17th Dec, Nebo, Wongawilli and Kemira Collieries are integrated as Elouera Colliery. Wongawilli pit top is established as the pit top for Elouera, Nebo portal becomes “second means of egress” for the mine. 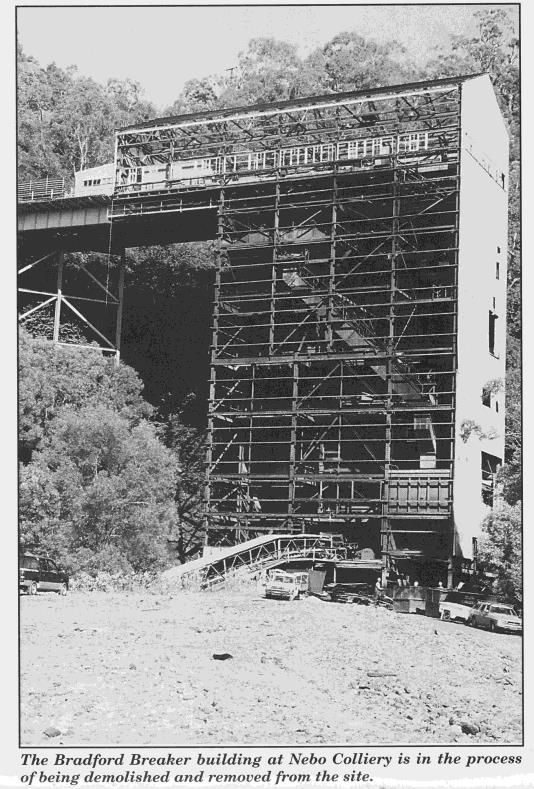 2002 – Initial drives into the outcrop by Dendrobium Colliery.