1971 - Avon Colliery commenced work on their first portal in the outcrop of the Wongawilli seam on Wednesday, 26th May, 1971, under  Mine Manager,  Roger Bancroft (currently [December 2000] Deputy Chief Inspector of Mines [Technical] in Queensland).

Avon Colliery was the first mine to fully utilise 1000volts for all its face equipment.

A key feature of this mine was its high employee productivity and good industrial relations. 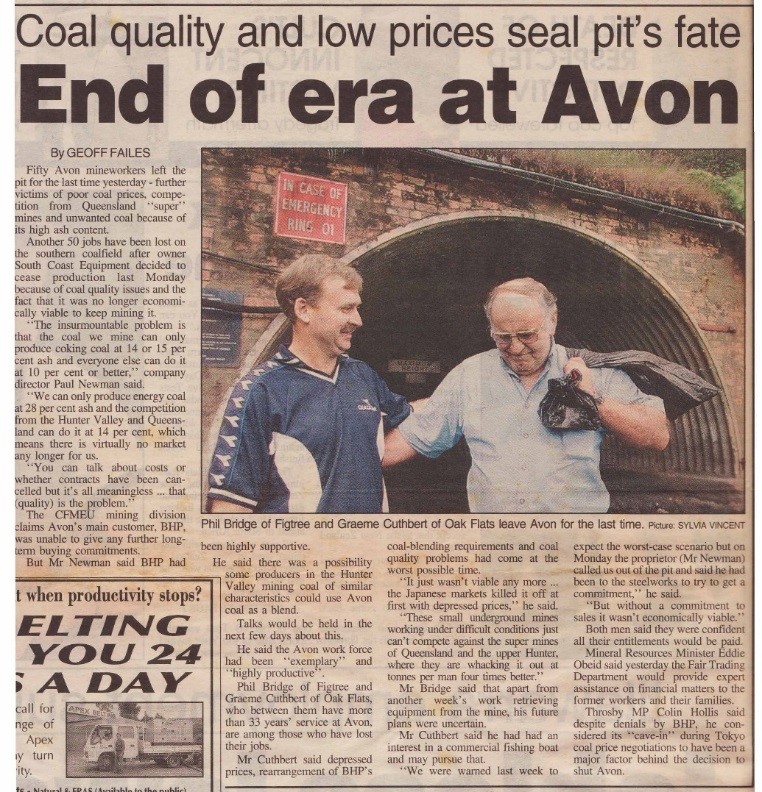 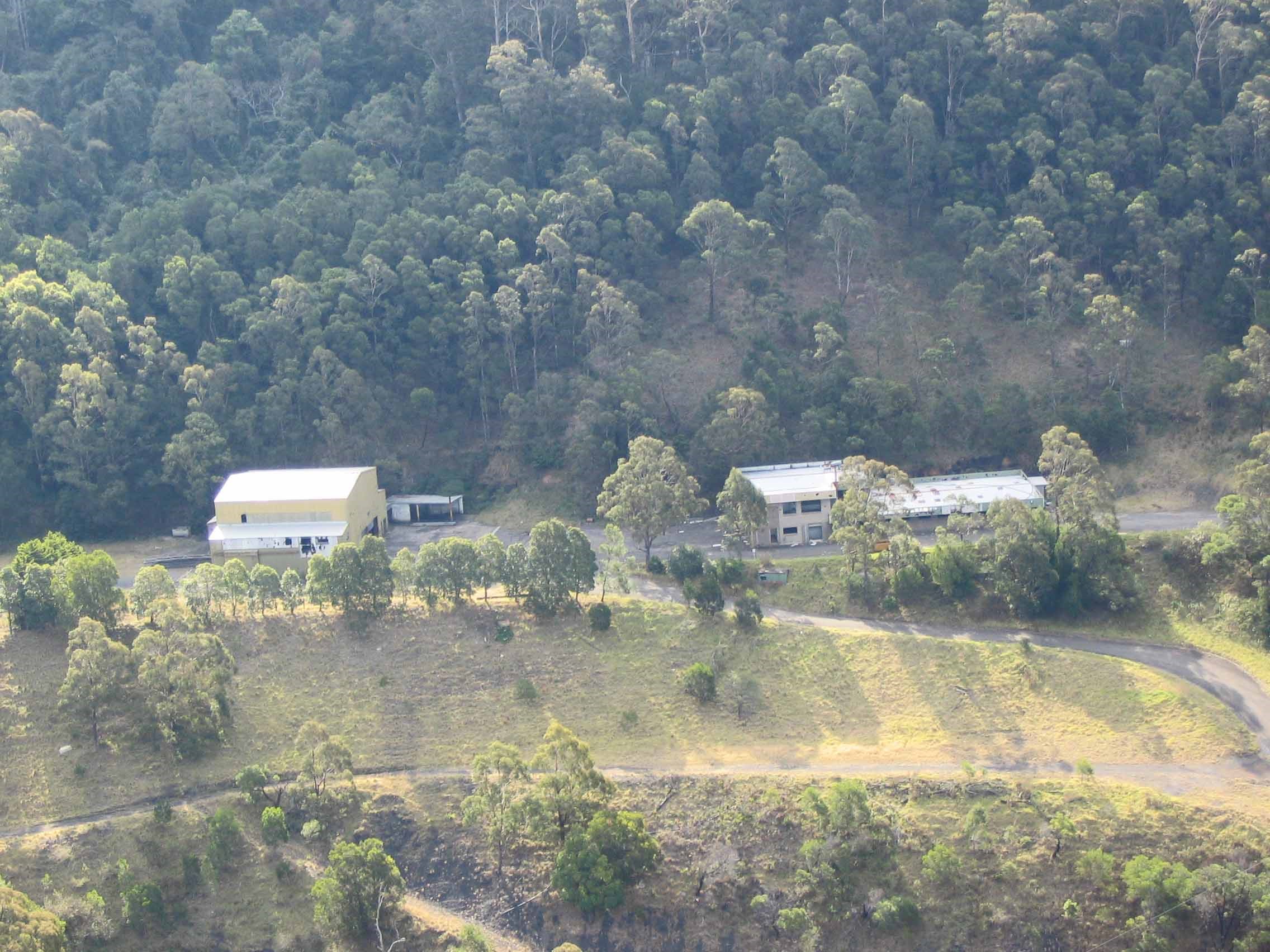 Avon’s manager for the last 10 years or so was Rod Burston, having moved across from Huntley Colliery following its closure in 1989.

Avon was the third in a series of Austen & Butta mines established in the Illawarra in the 1960s & 70s, viz. Dombarton, Yellow Rock & Avon with proposals for additional mines west of the escarpment prior to the downturn of the coking coal trade.

Located approximately 6 km west of Dapto on the Illawarra escarpment at the Wongawilli seam outcrop between Huntley colliery to the south and Wongawilli Colliery to the north, Avon exported the majority of its coal as either coking or thermal coal after passing through its coal preparation plant located on site.

Coal production was by bord and pillar, in the latter years breaker line supports being utilised during pillar extraction.

The Wongawilli seam had a working thickness of 3.1 m and produced some 0.33 Mt of raw coal per annum (0.25 Mt saleable)

Transport was some 22 km by road to Port Kembla Coal Loader.

The 220 t/hr Coal Preparation Plant consisting of a Bradford Breaker, HM Cyclones with Spirals and Froth Flotation commenced operations in August 1972 (requiring till December of that year to fine tune) with a clean coal stockpile capacity of 300,000 tonnes.

Just prior to closure the mine was operated by Avon Colliery Pty Ltd. owned by Avon Properties Pty Ltd. 100%, itself owned by South Coast Equipment Pty Ltd, having a workforce of some 55 employees.

CREDITS
(The majority of this information was sourced direct from Mr. Roger Bancroft and the Dept. of Mineral Resources publication “Coal Industry Profile” and “Minfo” No 23 1988)