1840 – A letter from the Australian Agricultural Company complains that a coal mine had been opened at Bulli by Capt. Westmacott on Por. 114, Parish of Woonona. (Royal Australian Historical Society – 1942)

1847 – Further attempts to open a mine by Capt. Westmacott. (Royal Australian Historical Society – 1942)

1886 – Coal is produced from Austinmer mine. (Wollongong Library)

1890 – Stoppage of work has occurred at the Austinmer colliery after the manager requested that the 20 men retained be married, objected to by the miners but upheld by the lodge. (SMH 16/01/1890 p8 ex Trove)

1890 – Nine “free” labourers arrived at the Austinmer colliery to fill slack but after being met by unionists agreed to return. Two others reached the mine and placed themselves under police protection. (SHM 04/10/1890 p10 ex Trove)

1890 – A large number of non-union labourers arrived at the colliery under the protection of a detachment of artillery and police to commence work. (Newcastle Mining Herald & Miner’s Advocate 18/10/1890 p4 ex Trove)

1892 – Nothing has been doing at the Austinmer colliery and every man remaining has been told that his services will no longer be required. The pit horses are being sold. (Ill. Merc. 9/04/1892 p1 ex Trove)

1892 – The wagons owned by Austinmer colliery have been leased to other southern collieries. (Evening News 25/04/1892 p5 ex Trove)

1893 – “Preparations are being made for the recommencement of North Bulli Mine (Austinmer). This mine has been shut down approximately 2 years. Mr John Mitchell is the managing proprietor” (SMH 24/5/1893 ex Trove)

1894 – The AGM of the North Bulli Coal and Iron Mining Company heard the report that the jetty leased by Mr J. Mitchell of the Austinmer colliery @ 4d/ton had been handed back to the company, the lessee being released from their engagements. (SMH 13/02/1894 p7 ex Trove)

1896 – Men are thrown out of work due to the closing down of Austinmer Colliery, commonly known as the North Bulli Mine, for some years leased by Mr. Joseph Mitchell. (Aust. Town & Country Journal 29/2/1896 ex Trove)

1899 – It is rumoured that the Austinmer Coal Mine, so long closed down, is likely to reopen. The jetty has been thoroughly repaired. The Austinmer Colliery belongs to the Allen family. (Shoalhaven Telegraph 15/03/1899 p2 ex Trove)

1914 – Cr. J. S. Kirton, a director of the Excelsior Colliery Ltd., announced that the board of directors had agreed to spend £6,000 to the development of the mine. The company has secured almost all of the old Austinmer colliery leases. 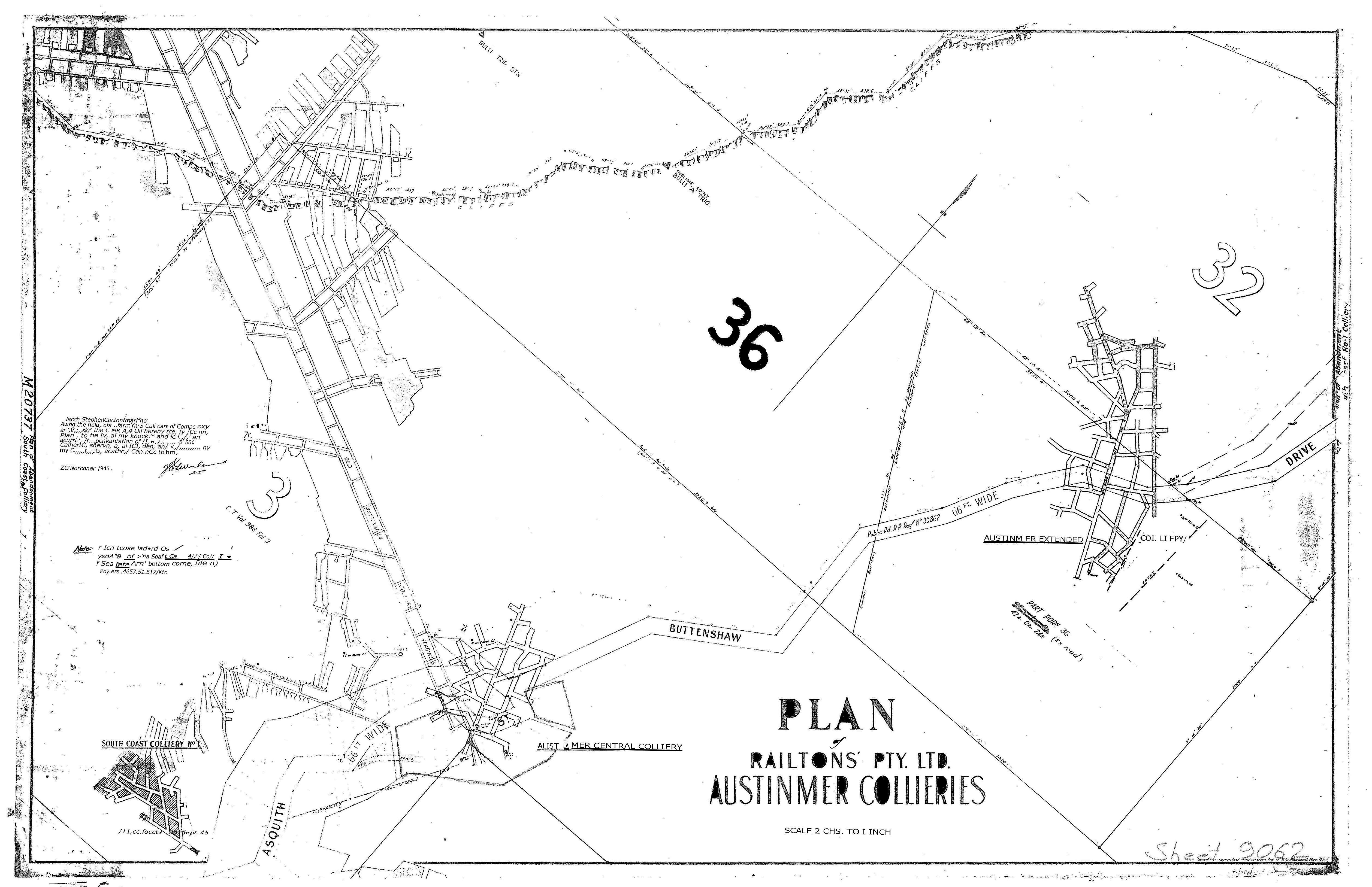 1963 – The entrance to Austinmer Colliery is bricked up (Wollongong Library)