1944 – Notes from a Council meeting; Mrs M.M. Glover of Coledale Hts. requesting electricity be supplied to her property: - “the nearest supply was at Bulli Main Colliery, the engineer suggested making arrangement to tap into these mains.” (Sth Coast Times 18/08/1944, p2)

1945 – Evidence at the inquest of Tom Gifford, 55, mine surveyor, revealed his death was due to electrocution by a charged neutral wire, some 200 yards underground at the Bulli Main Colliery on Jan. 21st. Initial reports indicate that Gifford was part mine owner? (Ill Mer. 23/02/1945, p2)

1948 – The miners at Bulli Main Colliery protest that the pit horses are receiving insufficient feed and decide to strike one day per fortnight until rectified. (Canberra Times, 09/07/1948, p4)

1950 – A Building Application is lodged with the Wollongong Council for the erection of new concrete stables by Bulli Main Pty Ltd estimated at £250. (Sth Coast Times & Wollongong Argus, 31/08/1950, p2)

1953 – The Joint Coal Board requested that an all-weather pavement be supplied for Denmark St for traffic accessing Bulli Main Colliery. A 9d/ton levy on coal produced would recompense the Council and pay the estimated £1490 costs. (Ill Mer. 10/04/1953, p3)

1958 - Bulli Main Colliery is operating in the thin coal area of the Bulli seam along with Nth Bulli #2 and Austinmer Central collieries. . Entry via adits in the outcrop with daily production at 110 tons/day

1958 – Arthur George Fuller commences work at Bulli Main after being in charge of some 40 pit ponies at Excelsior for several years. Seam ht. reported as 3’6” from which Arthur brushed to 5’0” for the Bulli Main pit ponies.

Arthur Fuller retired at 60 yrs., dusted from the years spent u/g, passing away in 1989.

Extracted from an article written in memorial by Arthur’s grand-daughter, Annette Finlay, for the publication, “The Guardian”, 21/04/1999.

1969 – The NSW Minister for Mines, Mr. Fife, announced the releasing of some 400 million tons of coal reserves to six companies in the Wollongong area, including the Bulli Main Colliery Ltd. (Canberra Times, 4/4/1969, p8) 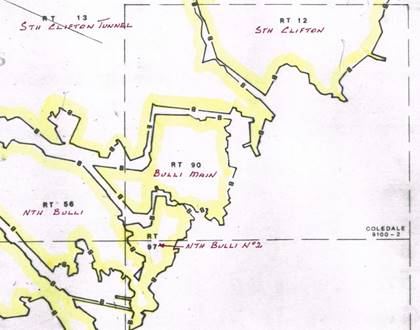 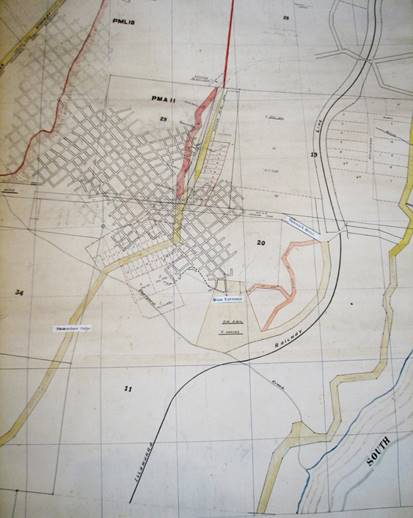